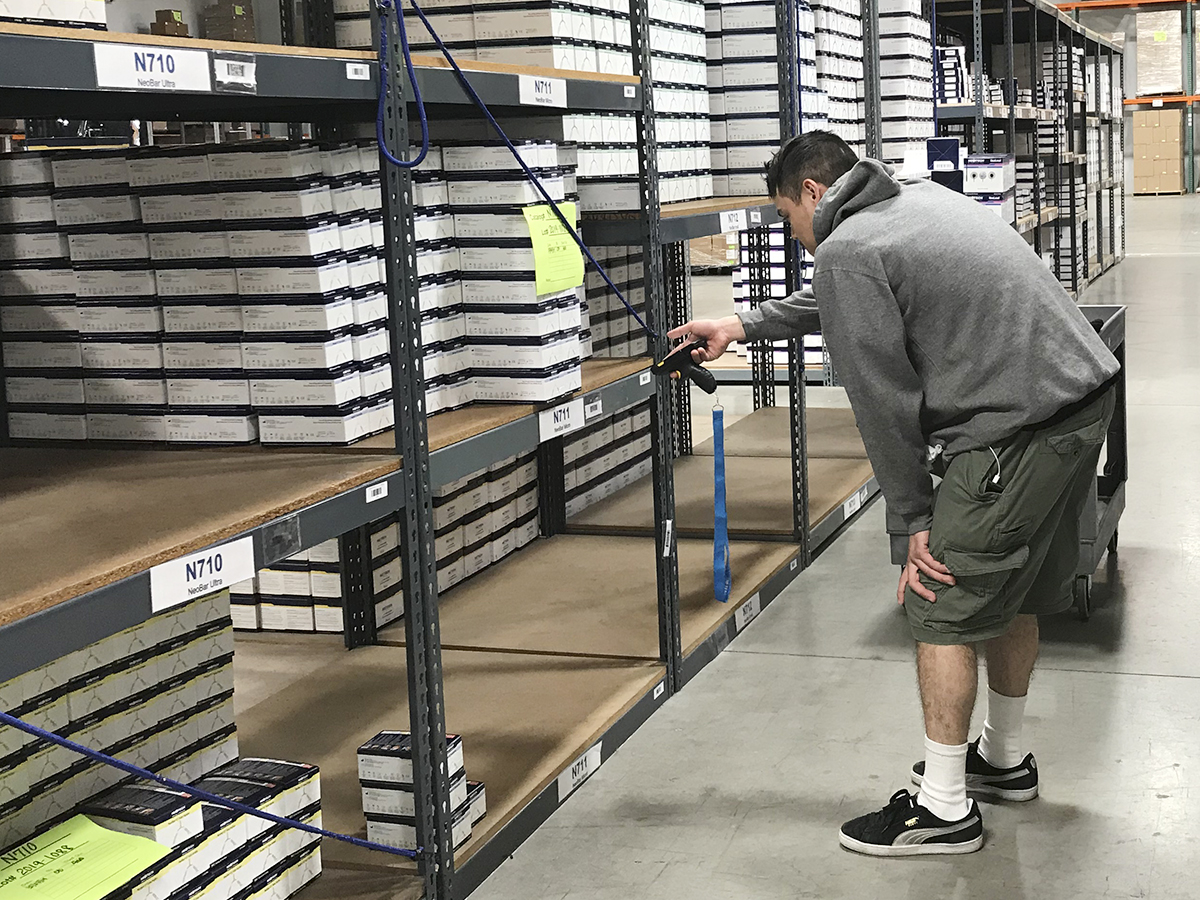 2019 was filled with company-wide changes that kept the Neotech Operations team plenty busy.

Whether it’s product improvements, system improvements, or operation improvements, Neotech is always striving for better. We began early in the year with first-floor construction. Reconfiguring some inefficiently used office space allowed the Neotech Operations heads to move into one central office space. Which led to improved communication and efficiency. Purchasing, Production, and Warehouse can now meet to discuss daily topics in the same area.

The project also opened up space on the 2nd floor for the Sales & Marketing team to grow as needed. And with all of the orders coming in, growth is inevitable.

We highly value our working relationships, but in 2019, Neotech had to part ways with a long-time vendor. As Neotech grew, so did our IT challenges. While our service provider had a been a loyal contributor for 20 years, we realized they could no longer support Neotech’s growth. It was time to end the contract and move on.

As difficult as it was, it proved to be the right decision. “Our new partner, Resurgence IT, has proven to be more than capable to support the ‘new’ Neotech and all our IT related endeavors,” said Neil Ceniza, Director of Neotech Operations.

Starting with the transition to Microsoft Office 365. Neotech email had been hosted on a local Exchange server, which was vulnerable to a network or internet outage. The Resurgence IT team worked closely with our internal IT to transition to the cloud-based Office 365. This will help greatly to keep Neotech connected to its customers. In the event of outage of any nature, users can still send/receive emails through a mobile devices or hotspot.

As a further safety measure, the team installed a satellite dish to provide a redundant internet connection. Added protection in case the primary connection goes down. The company has already utilized this Wi-Fi back up during a scheduled electric company power outage. As the power came back on, the internet, unfortunately, did not. Our IT personnel was able to switch to the back up circuit and business was conducted as usual.

Last year, Neotech made the jump to StarShip shipping software. This new software enabled our shipping team to consolidate both FedEx and UPS onto one platform. Shippers no longer have to select which carrier to use. As a result, shipments are processed faster and errors are minimized. The software also integrates with QuickBooks and both tracking and shipping charges are added to the invoices.

Speaking of efficiency, Neotech Operations replaced all existing office, warehouse, and exterior lighting with all new fixtures and LED bulbs in 2019. The new lighting has made a huge difference visually and is significantly better for the environment. The project is also expected to yield significant savings for the company.

When we moved into our Witherspoon building, we were blessed with the original heating, ventilation, and air conditioning (HVAC) units. Units that were over 20 years old. The stark reality of needed replacements was pushed to the forefront when the fire department was dispatched due to a burned out motor. It was quite an endeavor, but we have all new HVAC units working properly and much more efficiently.

Thirty thousand square feet offers a lot of warehouse space. Yet it can get crowded much quicker than you think. Fortunately you can expand upward. In September, we installed newly-acquired pallet racks. The project was an initiative to maximize and organize warehouse space. Now we can store products and material vertically rather than taking up space on the floor. Which makes it even easier to move around and get to what we need.

We also added an automatic pallet wrapper. We have several pallets a day that need to be shrink-wrapped. This is something we had done manually since day one, but an employee’s physical restriction finally prompted the purchase of the machine. The Warehouse team no longer needs to perform the “dizzying” practice of manually wrapping a pallet.

These were some pretty significant items, activities, and projects completed by the Neotech Operations department in 2019. And it all happened while keeping up with production and fulfilling orders with incredible accuracy. Neil has created a great team and the efforts of the entire group are greatly appreciated.