Neotech Products is proud to announce the acquisition of the Revolutionary Bridge Breastfeeding Assistance Device!

The new Neotech Bridge (formerly Laally Bridge) is an easy-to-use, breastfeeding assistance system that helps babies latch to the breast. It also helps to promote milk production. The Bridge can be used in most circumstances in which a bottle would traditionally be used (e.g., slow weight gain, pain with latch, delay in milk production, jaundice, bottle preference, etc.).

“Neotech is primarily known as a NICU company, but the Bridge is a natural progression into the Mother Baby market,” Craig McCrary, Neotech President said. “We have a few other products in the works for the Mother Baby space. The Bridge marks the start of a new era for Neotech.”

The Bridge is a silicone nipple cover with a built-in channel that attaches to a syringe filled with breastmilk or formula. The syringe allows mom to control the amount and flow to keep the baby at the breast feeding continuously. 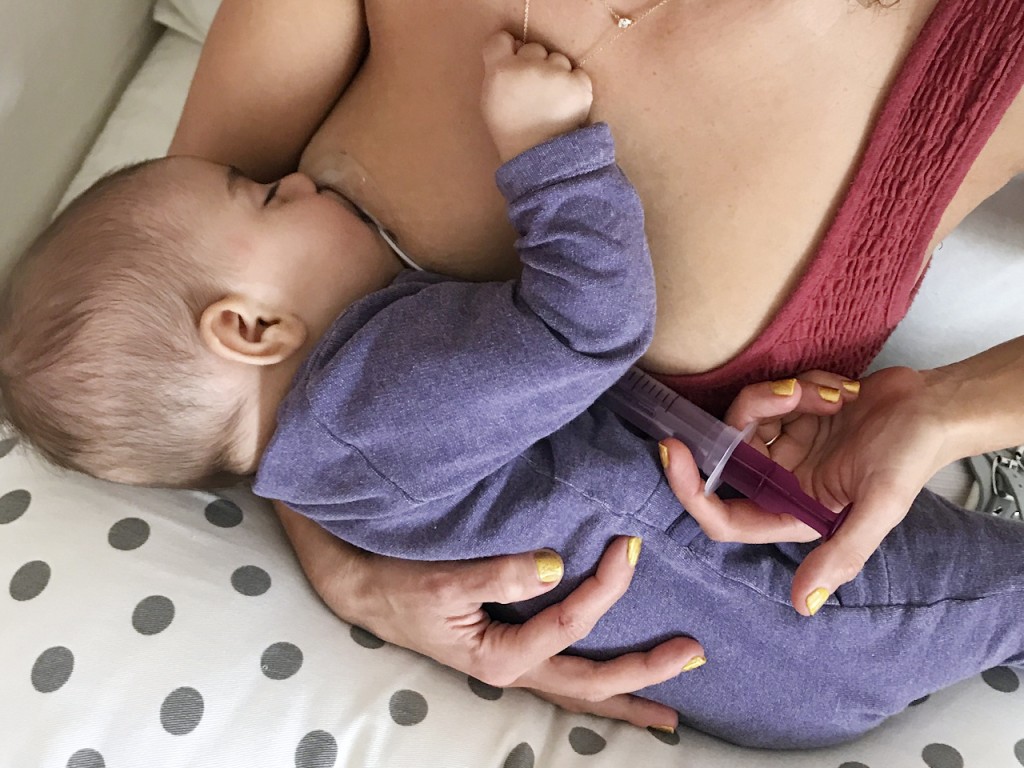 A large percentage of mothers experience breastfeeding challenges, including difficulty with infant feeding at the breast, pain, and milk quantity.1 Kate Spivak invented the Neotech Bridge to address the most common issues. Kate is a Physician Assistant and an International Board Certified Lactation Consultant.

“I created the Bridge because there was a lack of solutions for the most common issues I was seeing in practice,” Spivak said. “I consistently saw babies who were being supplemented with a bottle due to low supply and issues with latch. Theoretically, the solution was simple: keep the baby at the breast as much as possible. Realistically, there was no efficient way to do that until the Bridge was created. Our breastfeeding assistance device serves as a literal bridge from the bottle to the breast.

“The Bridge takes advantage of the body’s natural response to breastfeeding,” Spivak continued. “More stimulation equals more milk. The more the baby stays on the breast, the more milk is created by the body in response. The Bridge allows you to supplement while breastfeeding at the same time. This encourages the natural hormonal feedback mechanism that encourages milk production.”